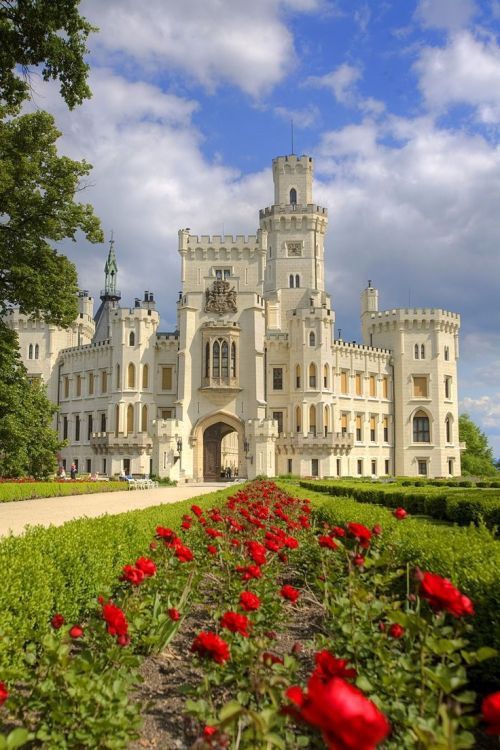 Hluboká Castle (German: Schloss Frauenberg), Hluboká nad Vltavou, Czech Republic… www.castlesandman… … The original royal castle, dating from the second half of the 13th century was rebuilt at the end of the 16th. Architects built a Romantic Neo-Gothic chateau here in the years 1841 to 1871. In 1940, the castle was seized from its owner, Adolph Schwarzenberg, by the Gestapo. It was confiscated by the government of Czechoslovakia after the end of World War II.